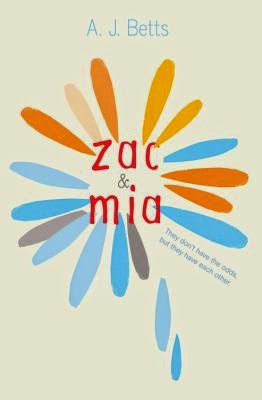 Two teens find themselves in the hospital, on opposite sides of the same wall, communicating with knocks and taps. In the real world, they would never be friends - Zac is from a large farming family in rural Australia, and Mia is a popular city girl - but here they're the only people who understand what the other is going through. Both are in the hospital being treated for cancer.

Zac & Mia tells the story of how young people face a terrible illness in different ways: optimistically or with embarrassment, hopefully or fearfully, with support from their families or with arguing and misunderstanding. An honest and unflinching novel about learning to accept and fight for life. - Michelle (Sunset)