“A long time ago in a galaxy far, far away…”

It was with these opening lines that Star Wars stole our hearts and minds forever. While most people have heard of the two trilogies, there is a whole Star Wars Expanded Universe, composed of TV shows, computer and video games, comics, and books out there that many people don’t know about. Now, for the third year, Lucas Arts and Disney have worked with libraries and book stores across the nation to bring you Star Wars Reads Day! This Friday and Saturday, October 10-11, 2014, Jedi masters and Sith Lords everywhere will unite to spread their love of reading about all things Star Wars. 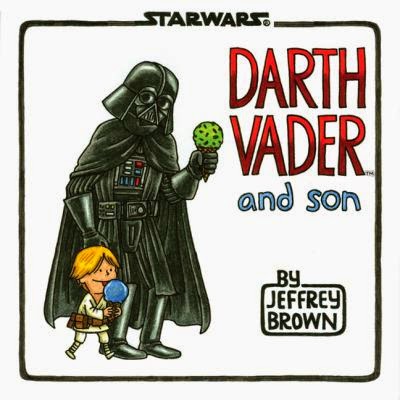 So grab a book and celebrate! Here are just a few of Star Wars titles you can find at your Chandler Public Library:

Vader’s Little Princess and its companion book, Darth Vader and Son, explore the trials and tribulations of juggling parenting and being a Sith Lord. Great for parents and their little padawans.

The Strange Case of Origami Yoda is the first in a fun new series about sixth grade, origami, pop quizzes, and Star Wars. In this first book, Tommy wonders whether his Origami Yoda really can predict the future…

For those of you eager for more on our intrepid heroes from the original trilogy, look no further than Timothy Zahn’s latest Star Wars: Scoundrels. Join Han, Lando, and Chewie as they work together to pay off Jabba the Hutt’s bounty on Han’s head.

Find these titles and more in our library catalog. Don’t forget to check out one of the Star Wars Reads Day events at your Chandler Library! May a love of reading be with you!