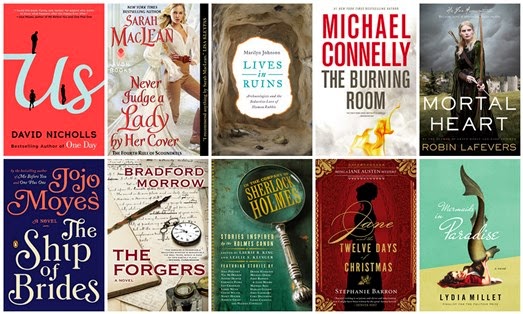 Never Judge a Lady by Her Cover: The Fourth Rule of Scoundrels by Sarah MacLean
Published: November 25, 2014

Lives in Ruins: Archaeologists and the Seductive Lure of Human Rubble by Marilyn Johnson Published: November 11, 2014

In the Company of Sherlock Holmes: Stories Inspired by the Holmes Canon Edited by Leslie S. Klinger and Laurie R. King
Published: November 24, 2014

Jane and the Twelve Days of Christmas: Being a Jane Austen Mystery by Stephanie Barron
Published: October 28, 2014

Mermaids in Paradise: A Novel by Lydia Millet
Published: November 3, 2014

If you'd like more book recommendations, browse our Books page or check out the previous LibraryReads lists.